Can you tell us about your campaign work and activism?

I started my activism 8 years ago, as I thought it was essential for me, as a young person, to raise awareness about the ongoing crisis in the Congo and help to bring about a solution. I currently work for Kitunga Ya Mboka (which I founded). The aim of this organisation is to promote health and education in the Congo.

How has the Congo been affected by the behaviour of corporations here in the UK and in the rest of the world?

There are long supply chains and complication money flows that go from the Congo to other countries around the world. For instance, minerals start off with those who control the mines (e.g. warlords); from there the minerals go to trading platforms. Then they move to foreign corporations where these minerals will be used in products, for example in laptops, mobile phones, etc.

Then the warlords (or other groups) use the money they make from the mines to buy guns or weapons from other foreign corporations or sometimes from the governments of neighbouring countries.

Overall, many people benefit from this trade except the Congolese people themselves, the majority of whom live on $1 a day. They suffer many human rights abuses in the mining sector including, widespread ethnic slaughter, executions, torture, rape and arbitrary arrest, organized forced community labour, beatings, and other forms of cruel and degrading treatment.

How does the demand for electronics and the natural resources they require fit into this?

The conflict in the Democratic Republic of Congo has become mainly about access to the minerals, and who controls and trades minerals such as coltan, diamond, copper, cobalt and gold.

According to The panel of expert at the UN in 2001:
“the role of the private sector in the exploitation of natural resources and the continuation of the war has been vital. Many companies have been involved and have fuelled the war directly, trading arms for natural resources. While others have facilitated access to financial resources, which are used to purchase weapons. Companies trading minerals, which the Panel considered to be ‘the engine of the conflict in the Democratic Republic of the Congo’ have prepared the field for illegal mining activities in the country”.

Where do you see consumers role in this?

The wars and crises in the Congo, due to our wealth of minerals, have cost the lives of over 5.6 million Congolese people since the wars started in 1996. This is the consequence of a lack of interest in security and stability, combined with international traders willing to buy minerals from the Congo despite all the issues. It is about money and nothing else, the lives of Congolese people mean nothing to many consumers.

This is a stark reminder to us of the past, for example when King Leopold II exploited the country for its rubber supply. Yesterday it was a rubber, today it is coltan for our phones and copper for our electric cars.

Can you see a direct link between colonialism and corporatations today?

One of those is coltan, a mineral required for cell phone production. Congo is rich in coltan. By studying this history, we can see a direct connection between the brutality of colonialism and the contemporary injustice in Congo: highly coveted natural resources, exploited by distant, powerful nations.

How can we help tackle these issues?

The main thing is for the international communities to stop meddling in the Congo’s internal issues, such as choosing a leader for us instead of letting us choose our own leader. As soon as we can decide for ourselves, I believe everything will be different.

Since Patrice Lumumba, who was elected leader of the DRC in 1960, was assassinated (because he wanted to put interest of Congolese people first), Congo has never had a truly democratically elected president.

All the leaders we have had since Lumumba were imposed on us. These leaders lack legitimacy and tend to work and protect the interests of those who took them to power; this results in a lack of strong institutions and a lack of legitimacy between the leader and the people.

The second important thing is that the powerful multinational companies need to enforce, monitor and control mechanisms in place that ensure they are not part of the problem by participating in or financing conflict, to gain access to the minerals and other resources at a low price.

One of those is coltan, a mineral required for cell phone production. Congo is rich in coltan. By studying this history, we can see a direct connection between the brutality of colonialism and the contemporary injustice in Congo: highly coveted natural resources, exploited by distant, powerful nations”. 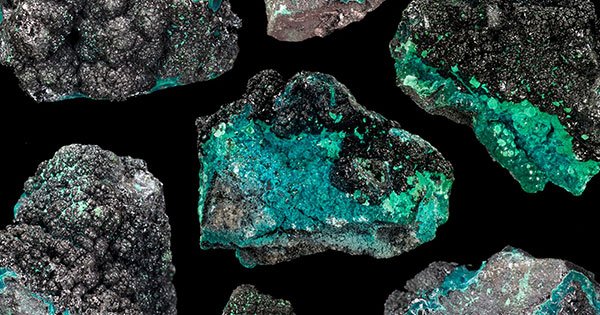 The Democratic Republic of Congo is one of the world’s most resource-rich countries.

A wide range of rare minerals can be found here in abundance, all commanding high prices in world commodity markets. Congo has copious deposits of raw materials that are in high demand internationally but remains one of the poorest countries in the world.

The rich mineral mines of the Democratic Republic of Congo supply valuable minerals to the tech industry, but they come at a deadly cost that is finally being faced.

DR Congo: Everything you need to know

Congo, My Precious, The Curse of the Conflict Minerals

Cobalt from Congo Whose Wealth?

Conflicted: The Fight Over Congo's Minerals

Congo: A journey to the heart of Africa

Rape as a Weapon of War

CARE Responds to the Humanitarian Crisis in DRC

How the World Runs on Looting the Congo

Inside the murky business of cobalt mining in DR Congo

This website uses cookies to improve your experience while you navigate through the website. Out of these, the cookies that are categorized as necessary are stored on your browser as they are essential for the working of basic functionalities of the website. We also use third-party cookies that help us analyze and understand how you use this website. These cookies will be stored in your browser only with your consent. You also have the option to opt-out of these cookies. But opting out of some of these cookies may affect your browsing experience.
Necessary Always Enabled
Necessary cookies are absolutely essential for the website to function properly. These cookies ensure basic functionalities and security features of the website, anonymously.
Functional
Functional cookies help to perform certain functionalities like sharing the content of the website on social media platforms, collect feedbacks, and other third-party features.
Performance
Performance cookies are used to understand and analyze the key performance indexes of the website which helps in delivering a better user experience for the visitors.
Analytics
Analytical cookies are used to understand how visitors interact with the website. These cookies help provide information on metrics the number of visitors, bounce rate, traffic source, etc.
Advertisement
Advertisement cookies are used to provide visitors with relevant ads and marketing campaigns. These cookies track visitors across websites and collect information to provide customized ads.
Others
Other uncategorized cookies are those that are being analyzed and have not been classified into a category as yet.
SAVE & ACCEPT
Scroll to Top